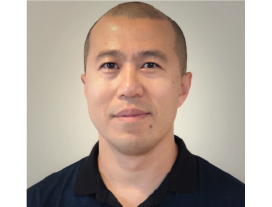 Joe Chen is the Vice President of Engineering at Symantec, a Division of Broadcom. He leads the core engineering and the global Symantec security response organization. In this role, he oversees all research, development and security operations, including what was previously Symantec and Blue Coat GIN. Joe is an active technologist in the field and remains hands-on in building Broadcom’s technology while overseeing his team’s overall strategy. He is the inventor of 50 Symantec patents and continues to innovate at Broadcom, where he is the inventor on 5 recently approved patents.

Joe began his career working with Symantec’s consumer and small business products, and today is lead on products that are deployed in the largest and most sophisticated enterprises in the world. He is dedicated to making the customer protection promise a persistent reality. He believes in threat intelligence sharing with the security industry as a strategy to benefit our mutual customers and is committed to contributing to sustain shared success against our common adversaries.

As one of Cyber Threat Alliance’s founding members, Joe has been intimately involved since before its incorporation in 2017. He has served on the Steering Committee, authored blogs, and served as a panelist for various industry events. Joe has been inspired by CTA’s mission since its inception. The goal to share threat information and better protect mutual customers is real, and he is excited for the opportunity to be hands-on in driving continued success. He values his friendships and professional relationships that were fostered through industry collaboration.

Joe degreed in Computer Science and Electrical Engineering from the Henry Samueli School of Engineering at University of California, Los Angeles. He has been a core technologist in the cybersecurity industry for over two decades.